Visit our Facebook page for the most current event info and announcements! 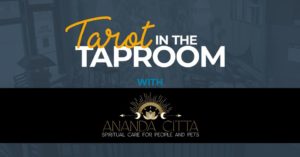 TAROT IN THE TAPROOM

Join us on Sunday, January 23rd for Tarot in the Taproom! Member-Owner Michelle Boening with Ananda Citta Spiritual Care will be in the taproom from 1-6pm for private tarot card reading sessions. Readings are $25 for a 15-minute session. During your Intuitive Tarot Reading, you will receive a 5 card spread detailing past, present, and future, an obstacle to watch out for, and what will help you overcome that obstacle.
.
No appointment necessary. Just come in, grab a beer and sign up for a reading 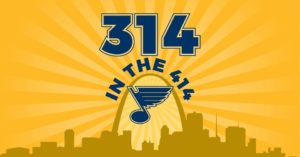 Having founders of the brewery who hail from Saint Louis, it was only a matter of time before we created a St. Louis Blues night in the taproom!

Stop in on Thursday, January 27th to watch the Blues take on the Calgary Flames at 7 pm! Come watch some hockey, play along with our interactive drinking game and enjoy a STL favorite of toasted ravioli! From St. Louis? Come in for the game, show your 314 area code to prove it, and get a free beer!

It's Arts & Crafts time! Come drink some craft beers and learn how to make a beautiful heart-themed macramé wall hanging taught by Member-Owner Kate! No experience is needed and all supplies will be included. Tickets are $50 ($45 for member-owner) and include all supplies for your project and a beer! This event is limited to 12 people. Pre-registration is required.
.
Additional macramé items such as earrings, key chains, and rainbows will be available for purchase at the event!
This event is hosted by Kate Sandoval from Knots and Braids, a local macramé business owner.
.
For tickets, visit https://new-barons-brewing.square.site/ 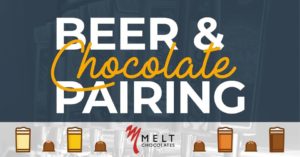 Join New Barons & Melt Chocolates for a 5-course beer and chocolate pairing! Each ticket is $55 ($50 for member-owners) and includes five chocolates & five 5oz. beer samples. This event will be held on Tuesday 2/8 & will have 2 sessions available with a limited capacity.
.
Session 1: 5:30pm
Session 2: 7:30pm
.
MEMBER-OWNERS: Enter the coupon code at checkout for $5 off your ticket. Don't have the code? Please email Sarah at [email protected] to receive it.
. 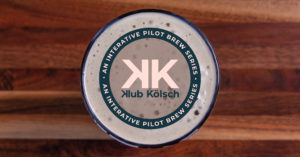 ATTENTION CURRENT & FUTURE MEMBER-OWNERS!
We want YOU to help us pilot our next great batch of beer at New Barons. Calling all homebrewers and beer lovers who think they are pretty fly and know all about craft beer. We’re talking about the homebrewer who has shiny stuff in the garage and likes to bring a flask of their latest and greatest to the bar for patrons and bartenders to try. “Where can I buy that beer”…. “You can’t” says that guy or gal… this is who we need. We’d like to introduce, Klub Kölsch. An interactive pilot brew for homebrewers and people who like to drink beer!
.
Are you a beginner, but still want to get involved with the brews? Come to our first meeting! We can try and pair you up with a more experienced homebrewing member owner. The goal is shared education and making a great kölsch with our community!
.
ALSO! If you aren’t the next Frederick Pabst, but like to drink beer and give feedback, you’re welcome to join the fun as well. Our homebrewers will be looking for feedback on each beer they brew and you are needed to provided just that. Take a look at our schedule of classes and meetings and be sure to get them on the calendar! This event is for member-owners only! Send us a message, visit the taproom or email Heidi at [email protected] to sign up for the program today! Not a member-owner but interested in the program? Sign up to become a member-owner! https://newbaronsbrewing.com/membership/
.
.
HERE’S HOW KLUB KÖLSCH WILL WORK:
This will be a series of 4-5 events from now until the end of the summer. The goal of Klub Kölsch is to pilot several iterations of a simple yet difficult beer style, Kölsch, over the better part of a year to get it just right. Harnessing the participation of our eager home brewing member-owners, this beer will truly be crowd sourced, but with the discipline of several rounds of professional recipe and process tweaking by New Barons. The homebrewers will be the only ones brewing the pilot batches, but each iteration will be peer reviewed by New Barons Head Brewer and CEO, John Degroote. The beers will also be evaluated by customers in a classroom like setting that we’ll be creating in the taproom for each round. At the end, all the homebrewers and John will agree on one recipe, to be brewed commercially at New Barons.
The series will contain 2-3 rounds of brewing and will conclude with 1 final event in August. This series is FREE and for MEMBER-OWNERS ONLY. Whether you’re a home brewer or just want to taste some beer & give feedback, you’re welcome to join!
.
Event #1 – 2/15: This will be the official kick-off of Klub Kölsch. Head Brewer John will talk about what makes a kölsch a kölsch. You will also be sampling various kölsch beers to learn the flavor profile. From here, homebrewers will individually get their first batch brewing!
.
Event #2 – 3/22: At this event, the 1st batch of homebrews will be tasted, critiqued and tweaked by John. Attendees will be able to sample all of the beers and judge them based on the style. After homebrewers have received their feedback, they will individually move onto their 2nd batch of brews!
.
Event #3 – 5/24: The 2nd brews are done and this event we’ll taste and critique the same as the previous event. John will then cut recipes and decide which ones will move forward.
Event #4 – 7/19: This event is a tentative 3rd round of brews and will depend on the number of final participants. Stay tuned!
.
Event #5 – 8/23: The final recipe will be chosen prior to this event and this will serve as the final brew day on our commercial system!
.
*Some dates may be subject to change. Stay tuned for more info as this series progresses.

HOLD MY BEER: THE GAME

2020 was a difficult year for small businesses. We know that visiting the taproom is still not an option for some. In lieu of a visit now, we have internally developed and designed a game as a way to support us remotely and virtually. As thanks, we'll "hold your beer" for the better days ahead by giving you a $1 off your first visit back to the taproom. Simply show the bartender that you have downloaded the game and we'll extend the discount on your first pint. Also, if you beat the game, you will be eligible for our happy hour contest to win free beer!